"Meanwhile, Venerable Brethren, fully confident in your zeal and work, we beseech for you with our whole heart and soul the abundance of heavenly light, so that in the midst of this great perturbation of men's minds from the insidious invasions of error from every side, you may see clearly what you ought to do and may perform the task with all your strength and courage. May Jesus Christ, the author and finisher of our faith, be with you by His power; and may the Immaculate Virgin, the destroyer of all heresies, be with you by her prayers and aid."
Pope St. Pius X, Pascendi Dominici Gregis

The Slow Death of the Novus Ordo in the West

As the numbers of vocations continue to dwindle in the West, where priests are recruited from Nigeria, Ghana, Cameroon, India, Vietnam, and the Philippines, the entire experiment of anthropocentric religion in Catholic guise is on the verge of collapse.

The new religion of man focused on this present world and getting along with everyone is failing in spectacular fashion. Looking at just the demographics of priests, the collapse will come absolutely unforced, by the mere power of math and statistics. The average age of a Catholic priest in the United States in 1970 was 35. These men would have begun their priestly formation well before the Second Vatican Council (1962-1965) when vocations were abundantly plentiful under Pastor Angelicus, Pope Pius XII. Today, the average age of a Catholic priest in the USA is 64. The demographics of Catholics themselves are also cascading downward in a breathtaking manner: birthrates in Europe, Canada, the US and even South America have fallen below the replacement rate. 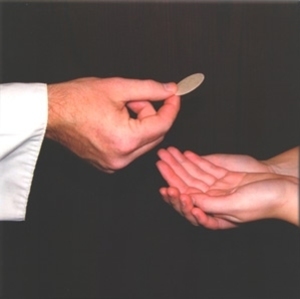 Quite apart from any malicious strategy applied by the Church's enemies from without, the collapse of the Western Church appears to be an inside job. The elevation by Pope John XXIII of theologians suppressed under Pope Pius XII is where the enemies of the true faith were able to come out in the light of day. Pope Angelo Roncalli not only rehabilitated the neoModernist theologians, he tied the hands of every orthodox prelate by announcing that Vatican II (and the orientation it introduced) would condemn no errors (the "medicine of mercy" hermeneutic). So at once we had a condemned theology and no mechanism whereby to oppose it.

Paul VI went further by reforming the Holy Office into the Confraternity of the Doctrine of the Faith, abrogating the Oath Against Modernism, and dissolving the Index of Forbidden Books. His most grievous damage of course was done by suppressing the Missal of St. Pius V and promulgating Fr. Annibale Bugnini's man-made Forma Normativa as the Novus Ordo Missae. Pope John Paul II reformed the code of Canon Law in 1983 which included the abrogation of 141 canons dealing with the beatification and canonization process, dissolving the function of "devil's advocate" in the office of the Promotor Fidei. This effectively denuded any attempts to investigate the worthiness of candidates for Sainthood, and in just 25 years John Paul II beatified one-third of all the Blesseds in Church history.

The practice of making it nearly impossible to condemn any errors or apply any canonical standards to contemporary teaching was made even more self-destructive for Catholics by urging the twin-headed spectacle of pan-christian ecumenism and inter-religious dialogue. Stripped of all means of determining truth and error and sent blindly into endless 'dialogue' with the practitioners of all religions produced a predictable result. What once was the only way to obtain eternal salvation eroded into just one of many ways of praying, believing, of seeing man and the world.

According to Pope Benedict XVI however, the real cause of the crisis in the Catholic Church is the collapse of the sacred liturgy, and in particular, the Mass. The form of the Mass handed down from the earliest Christian centuries and attributed to the Apostles was universally suppressed in 1970, giving the faithful the idea that it was somehow now no longer needed, ineffective, or even worse, something evil that should be shunned and avoided. While indults were permitted for the Tridentine Mass between 1984 and 2006, few Bishops allowed it. By the time Pope Benedict XVI liberated it from the control of hostile prelates in 2007, it had been suppressed for 37 years, effectively wiping out all memory of centuries of liturgical Tradition. To add to the stigma, Pope Paul VI and John Paul II unjustly censored the most fruitful missionary bishop of the 20th century for the 'crime' of forming priests for the Traditional liturgy.

Now its all about the demographics. An aging priesthood offering only the man-made Mass of Paul VI on behalf of an aging population of Catholics who contracepted and aborted themselves into fewer and smaller families has amply demonstrated the folly and hubris of the Second Vatican Council's reformers. The experiment of anthropocentric religion has failed, and the price of adopting its theories and reforming the Church thereby is the collapse of Catholicism in the West. Soon there will simply be almost no priests left to baptize, absolve, and confect the Eucharist.

All is not lost. Those who rebuilt the edifice of Catholic Tradition while covered by the shadow of stigma as "schismatics" and "excommunicates" are enjoying a profound resurgence of health and vitality. The seminaries that form priests for the Traditional Latin Mass are bursting at the seams with new vocations. Again, simply by the math, at some point in the not-too-distant future, they will overtake the aging, graying, and rapidly diminishing Vatican II priests and become the majority. If Christ does not return in the next two or three decades, the conciliar priests will simply die off, fade away into history, and be remembered as those who drove a healthy, vibrant Catholic Church into near-irreversible decline only to be rescued by the very priests they ostracized, marginalized, and oppressed. And with these young priests practicing Tradition come the young families with lots of Catholic babies. 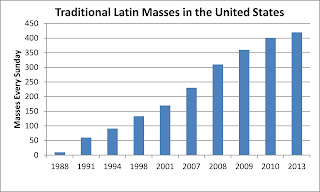 There is a divine lesson to be learned here for those who have eyes to see, ears to hear, and can master elementary math.

The Blessed Virgin Mary, Destroyer of All Heresies 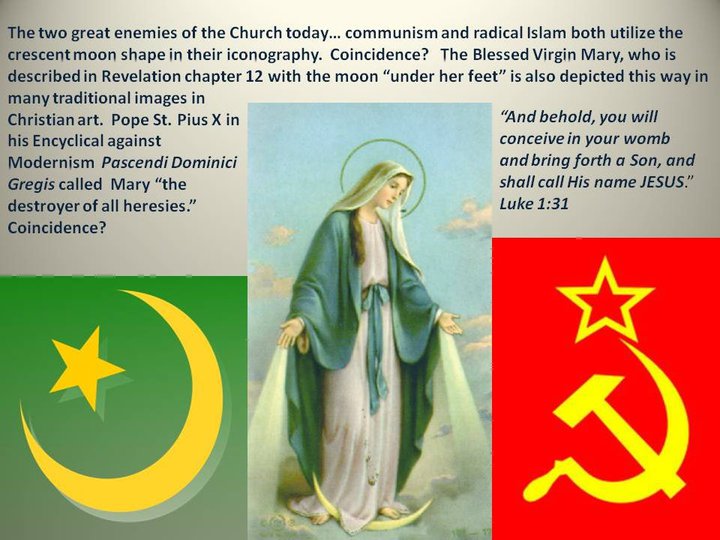